Confusion over support for families during school holidays

Confusion over support for families during school holidays
1 June 2020
Over the half term break, the government seems to have changed its mind about supporting families entitled to free school meals 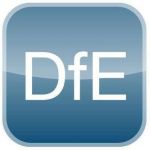 This change of policy was not communicated until halfway through the half term holiday, with many schools and families missing out. SchoolsWeek has reported that DfE could not prevent schools from ordering vouchers, so many schools simply took a chance. This lack of leadership and clarity from government is obviously unfair for the many schools and local authorities who followed the government’s advice in good-faith.

We are frustrated by the news that DfE still has “no plans” to fund the vouchers over the summer holidays, and we hope that the department will come up with a coherent, timely and clearly communicated policy on support for families during the long summer break. We will be working closely with charity partners to ensure that no child goes hungry this summer.